Lissette and Felix Conde, and attorney Matthew Moore shares their story on ‘Fox and Friends.’

Get all the latest news on coronavirus and more delivered daily to your inbox. Sign up here.

The Uyghurs are an ethnic minority living in China’s autonomous northwestern Xinjiang province.

Being predominantly Muslim, Uyghurs are closer ethnically and culturally to other Central Asian nations like Kazakhstan and Turkmenistan rather than China. 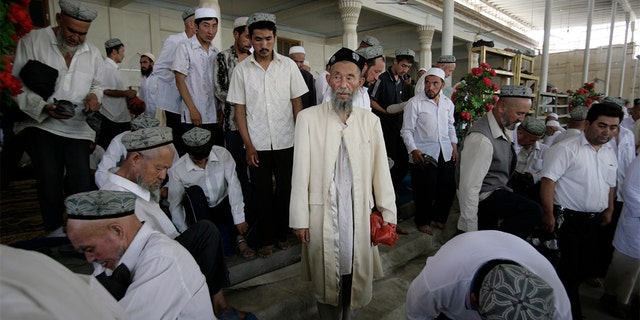 Uyghurs lived in the Xinjiang region for around 1,000 years before it was annexed by China in the mid-18th century.

For centuries prior, Xinjiang’s major cities like Kashgar and Urumqi – its present-day capital – were important trade hubs on the infamous Silk Road.

Following a revolt in the late 19th century, the region was given its current name, “Xinjiang.” This name carries negative connotations for most Uyghurs who privately refer to it “East Turkestan.”

In 1933, the region briefly declared independence but was quickly crushed by China. A decade later, the Soviet Union briefly supported the creation of the “Second East Turkestan Republic,” before withdrawing its support and backing the Communist takeover of China. 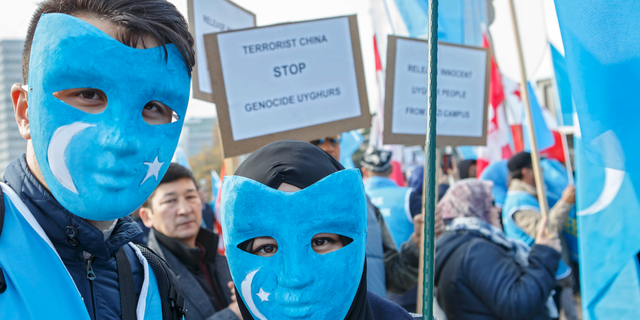 Uyghurs people demonstrate against China during the Universal Periodic Review of China by the Human Rights Council, on the place des Nations in front of the European headquarters of the United Nations, in Geneva, Switzerland.  (Keystone via AP)

Today the Uyghur population in Xinjiang is roughly 11 million, or about 60 percent of the region.

For decades, tensions have existed between Uyghurs and Han Chinese, who are the ethnic majority of China. Beijing, likewise, has deemed Uyghurs a threat for its adherence to Islam.

Following a series of terrorist attacks in the early 2010s, China began a brutal crackdown in the region that has resulted in an estimated 1 million Uyghurs being thrown into concentration camps without charges or a trial.

This campaign has provoked international condemnation for alleged human rights abuses. China initially denied the existence of camps, but a mountain of evidence forced them to acknowledge the camp’s existence.

Today, China maintains that these camps are “vocational centers” to provide job training and Mandarin lessons to help Uyghurs better assimilate into society.

The U.S. Congress has introduced two bills aimed at sanctioning individuals responsible for the mass detention of Uyghurs. But the bills have been temporarily shelved with the world’s attention focused on the COVID-19 pandemic.