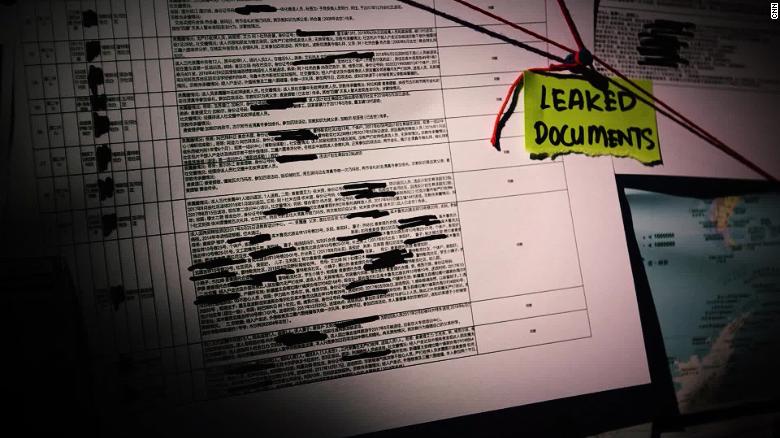 (CNN)The Senate on Thursday afternoon approved a bill to sanction Chinese government officials responsible for forced labor camps in the region of Xinjiang, where up to 2 million ethnic Muslims have been forcibly detained, in the latest congressional move to strengthen the US stance toward China.

The legislation, titled the Uyghur Human Rights Policy Act of 2020, condemns the Chinese Communist Party for the camps and recommends a tougher response to the human rights abuses suffered by Uyghurs, ethnic Kazakhs and other Muslim minorities in the region.
If enacted, President Donald Trump would have 180 days to submit a report to Congress identifying Chinese officials and any other individuals who are responsible for carrying out torture; prolonged detention without charges and a trial; abduction; cruel, inhumane, or degrading treatment of Muslim minority groups; and other flagrant denials of the “right to life, liberty, or the security of persons” in Xinjiang.
The individuals identified in the report would then be subject to sanctions but the legislation gives the White House room to opt against imposing sanctions on the officials if the President determines and certifies to Congress that holding back on sanctions is in the national interest of the United States.
The bill would also require the State Department to assemble a report on human rights violations in Xinjiang, including estimates of how many people are confined in the camps and information on the conditions they face. The State Department currently details the abuses in its annual Human Rights and International Religious Freedom reports.
A bipartisan coalition of more than 50 senators cosponsored the legislation, which was introduced by Republican Sen. Marco Rubio of Florida and Sen. Bob Menendez, the top Democrat on the Senate Foreign Relations Committee.
The Uyghur Human Rights Project welcomed the Senate passage of the legislation, saying in a statement Thursday that it was “an important first step to a more comprehensive policy response.” The World Uyghur Congress said on Twitter that the passage “gives great hope for all of us” and urged the House of Representatives to act quickly on the bill.
Members of the House overwhelmingly passed an amended version of the bill last December, with a vote of 407-1. The Senate’s passage of the legislation is certain to invoke Beijing’s ire — the Chinese government reacted with fury to the House version, with Foreign Ministry spokesman Hua Chunying saying it “wantonly smeared” what China claims are counterterrorism efforts.
Senators had hoped to approve the legislation by the end of 2019, but Republicans took issue with some of the provisions the House had added to the measure. The matter was also put on hold during impeachment proceedings. The House will have to vote again on the legislation now that the Senate has passed its version.
In floor remarks last week, Senate Majority Leader Mitch McConnell connected the Senate’s movement on the legislation to the coronavirus pandemic, saying that the United States “is going to be asking tough questions about our relationship with the Chinese Communist Party.”
Chinese government disputes Xinjiang detention records leaked to CNN
The Kentucky Republican added that he expects the Senate’s passage of the Uyghur human rights bill to bring “more attention to the plight of this mistreated minority.”
The bill passed under unanimous consent, a process used for expedited passage of uncontroversial legislation.
The action comes as the Senate Foreign Relations Committee is set to advance another bill soon that is seen as a rebuke to the Chinese government.
The Tibetan Policy and Support Act, introduced by Rubio and Sen. Ben Cardin, a Maryland Democrat, would make it US policy that the succession of Tibetan Buddhist leaders, including a future 15th Dalai Lama, be left solely to the Tibetan Buddhist community, without interference from the Chinese government. Once it has been approved in committee, the measure will be able to go to the full floor for consideration.
Under the legislation, if Chinese officials interfere in the process of selecting Tibetan Buddhist leaders, they would be subject to sanctions under the Global Magnitsky Act — including denial of entry into the United States. The measure also calls for the creation of a new US consulate in Lhasa, the capital of the Tibet Autonomous Region.
Lawmakers in the House approved a similar bill in January. There are some small differences between the House and Senate measures, so the House will have to vote on the Senate bill once it has passed before it can become law.
This story has been updated with the Senate’s passage of the Uyghur legislation Thursday.