The Dutchman who exposes a huge Chinese data leak 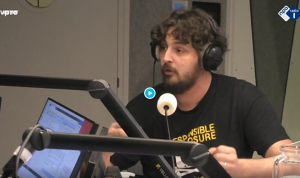 The Dutch hacker and cyber expert Victor Gevers has found a huge data breach at the Chinese surveillance company SenseNets Technology Ltd. This makes it clear that the Chinese government is monitoring more than 2.5 million citizens in the province of Xinjiang. In the VPRO program Bureau Buitenland on NPO Radio 1 Gevers tells how he got this leak on the track.

The online database contains privacy-sensitive data such as full names, residential addresses and passport numbers. “Most of the names I found are Islamic,” says Victor Gevers. Citizens are linked to GPS locations obtained via cameras equipped with facial recognition of SenseNets. Gevers: “Those cameras hang in mosques, at hotels, police checks and restaurants.”

Gevers also noted a table in which certain people could be classified as dangerous. “If their face is recognized by such a camera, then the alarm goes off.” The table was empty, but according to Gevers, this option says enough about the intentions of the surveillance company.

In Xinjiang, 1 million Uyghurs are trapped in re-education camps. Family members now ask for social media via the hashtag #metooUyghur for proof that their relatives are still alive. It is the first time that the Uyghur diaspora is sending such a clear signal, many people were afraid of reprisals.

The Dutchman who exposes a huge Chinese data leak