China on Friday lashed out at Turkey for offering shelter to roughly 200 Uighurs from the western Chinese region of Xinjiang. They were rescued from a human-smuggling camp in Thailand.

Thai police found the group in March and Chinese officials  identified “dozens” of them as Uighurs, a Muslim people from Xinjiang who speak a Turkic language. Many Uighurs chafe at government curbs on their culture and religion. 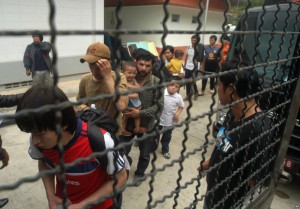 Turkey’s state-run Anadolu news agency on Wednesday reported a request by Turkish Foreign Minister Mevlut Cavusoglu for Thailand to send the Uighurs there, a move that angered China, which views their move to Thailand as “illegal immigration.”

Asked for a response on Turkey’s offer, China’s Foreign Ministry spokeswoman Hua Chunying said the case was a matter for China and Thailand and “the relevant country” should stop interfering.

“We urge the relevant country to immediately stop meddling in placement work for the relevant case, be cautious with words and actions and not send out mistaken signals that connive in, and even support, illegal immigration activities,” Hua said in a faxed statement to Reuters.

“Illegal immigration activities disrupt the normal orderly flow of people internationally, harm the interests of the international community, and can harm security of the relevant countries and regions,” Hua added.

Small numbers of Uighurs trickling out of China to Southeast Asia are believed to go overland into Laos or Myanmar, before going to Thailand and elsewhere. 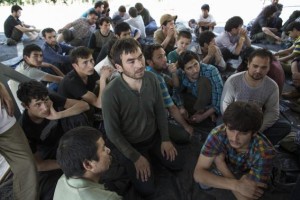 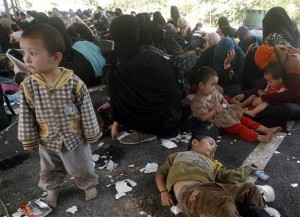 Turkey is home to thousands of Uighurs who have fled Xinjiang since the Chinese Communists took over the region in 1949. It has projected itself as a stable Muslim democracy, a key player at a time of turmoil and unrest in the Middle East.

Thai immigration officials declined to comment and the Thai foreign ministry did not respond immediately to a Reuters query.

In the past two years, hundreds of people have been killed in unrest in Xinjiang, prompting a crackdown by authorities. Exiled Uighur groups and human rights activists say China’s repressive policies have provoked the violence, but Beijing denies this.

China blames attacks in Xinjiang and elsewhere on Islamist militants from the region, saying those with ties to overseas groups want to set up a separate state called East Turkistan. 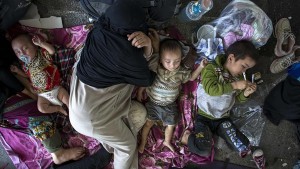 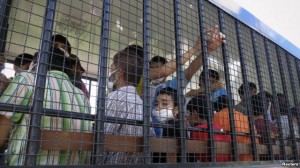