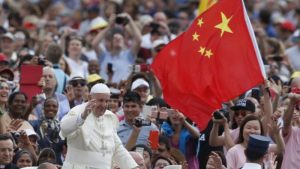 The official communication of the deal was released at today at 12 noon in Rome – 6 pm in Beijing -by the Vatican Press Office and the Chinese government. The Holy See and the People’s Republic of China have signed a historic agreement regarding the methods of appointing Catholic bishops in the country. The announcement of the accord, which is destined to affect millions of Chinese Catholics and arouse interest and reactions worldwide, was made simultaneously in Rome and Beijing.

This is a very important Jesuit-Chinese deal in a moment when President Xi, who has more power than Mao Zedong, as he is not only the head of the Communist Party, as Mao was, but also the head of the government and military, which Mao wasn’t. Like Mao, he wants the Chinese people to worship him and not the God of the Bible, and his cult of personality is growing every day.

That is why Xi Jinping, the growing leader of the Communist New World Order, has been tightening controls on religious activities of all kinds. However, the Vatican, thanks to the huge influence the Jesuits always had in China, has managed to reach a historic agreement that will facilitate the rise of a Catholic-Communist alliance in the People’s Republic of China.

The press release begins: “Today, 22nd September 2018, within the framework of the contacts between the Holy See and the People’s Republic of China that have been underway for some time in order to discuss Church matters of common interest and to promote further understanding, a meeting was held in Beijing between Msgr Antoine Camilleri, Undersecretary for the Holy See’s Relations with States, and H.E. Mr Wang Chao, Deputy Minister for Foreign Affairs of the People’s Republic of China, respectively heads of the Vatican and Chinese delegations. During that meeting, the two representatives signed a Provisional Agreement on the appointment of Bishops.”

The release defines the agreement as: “the fruit of a gradual and reciprocal rapprochement, which has been agreed following a long process of careful negotiation.” The agreement – continues the press release – “foresees the possibility of periodic reviews of its application. It concerns the nomination of Bishops, a question of great importance for the life of the Church, and creates the conditions for greater collaboration at the bilateral level”.

The press release closes by expressing the shared hope “that this agreement may favor a fruitful and forward-looking process of institutional dialogue and may contribute positively to the life of the Catholic Church in China, to the common good of the Chinese people and to peace in the world.”

The history of the mission of the Jesuits in China is part of the history of relations between China and the Western world and this will never change. The missionary efforts and other work of the Society of Jesus, or Jesuits, between the 16th and 17th century played a significant role in continuing the transmission of knowledge, science, and culture between China and the West, and influenced Christian culture in Chinese society today, preparing to officially submit to the first Jesuit Pope to visit China. 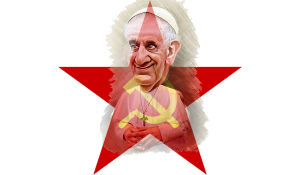